Exploring the Hydrological Tools in QGIS

From CUOSGwiki
Jump to navigationJump to search

The purpose of this Wiki tutorial is to demonstrate and explore various tools used for hydrological analyses using QGIS, concentrating on the included SAGA toolbox. The objective of this tutorial is to provide instructions on how to use digital elevation models (DEM) for extracting channel networks, delineating watersheds and defining a catchment area. Other open source software that can be used for hydrological analyses are ILWIS, and SAGA GIS, as demonstrated in a tutorial created in 2013, Exploring Hydrological Analyses using SAGA GIS and another in 2014, Exploring Hydrological Analyses using ILWIS.

Hydrological analysis tools are important resources and are used in a variety of programs to define how the geographic range of an area interacts with water. Hydrological analysis can aid researchers and emergency personnel in identifying the source and pathway of groundwater, delineating watersheds and identifying communities prone to flooding conditions (Sui et. al., 2011, Mani et al., 2014). A variety of programs can be used to perform hydrological analyses including ARCGIS, ILWIS and SAGA GIS. This tutorial will give instructions on using QGIS, a Free and Open Source Software for Geospatial Data (FOSS4G), for hydrogeological analyses. QGIS is an open source geographic information system that runs on various platforms including Windows, Mac OS and Linux. Using a digital elevation model of the West Ottawa region, and another of Killarney Provincial Park, we will demonstrate and explore hydrogeology toolsets offered by QGIS.

QGIS is a free and open source geographic information system. The current version of QGIS as of this tutorial revision was 3.14.16 ‘Pi,’ released on September 11th, 2020. When downloading the software, it is usually best to download the long term release, as it is the most stable; this would be version 3.10 at the time this was written. QGIS is available for a variety of platforms including Windows, Mac OS, Linux and Android. Various releases for download can be found at the QGIS website. Some images show previous versions of QGIS, but instructions will be given for the current version; images of windows and menus may differ relative to your version of QGIS.

Digital elevation models (DEM) are used for hydrological analyses. DEMs can be generated using point data sets from elevation data or from aerial imagery using remotely sensed data (NRCAN, 2013). Downloading a point data set would generally require interpolation of the data to create a DEM. Interpolation of a DEM will not be discussed in this tutorial. Instead, we will explore the hydrological toolset using a DEM that has previously been interpolated.

A DEM of the southeastern quadrant of the outskirts of Ottawa, Ontario was used for the purpose of this tutorial. Data were obtained from the GIS Library of Carleton University using a 3-dimensional raster data set from the Ontario Ministry of Natural Resources. The data capture terrain elevations and cover the province of Ontario with a cell resolution of 30 cm.

A DEM of Killarney Provincial Park and surrounding areas was also used in certain cases. Data were obtained from [Scholars Geoportal], which is accessible to Carleton University students and staff. It is a 3-dimensional raster data set which captures terrain elevations with a cell resolutions of 20 metres.

Additional data sources can be found from Natural Resources Canada, Geogratis and from the Ontario Ministry of Natural Resources. Macodrum Library is also a valuable tool for finding elevation data, they provide links to many resources, some of which are restricted to Carleton students and faculty, but many are freely accessible.

Import your DEM dataset by clicking on the “Layer" tab at the top of the menu > add layer > add raster layer > click on the '...' button next to the empty field next to 'raster dataset(s)' > select your raster file > add

Note: The file must be in a raster format; for example, .GRID, .tiff, .rst.

Set projection information for your DEM

Assigning a projection to your DEM enables it to be properly displayed and analyzed. To set the projection for your DEM in QGIS, follow the instructions below.

3. For the purpose of this tutorial we will be using NAD83, UTM zone 18N

4. Right click over your DEM layer > Properties > General > Coordinate reference system. Here is where you can verify the projected coordinate system applied to your DEM layer.

5. Reclassify your DEM > Right click over your DEM layer > Properties > Symbology > Band Rendering > Render Type > Choose Single Band Pseudocolor > Classify > Click OK (Figure 4). Reclassifying the DEM may help you have a better understanding of the data you are working with. 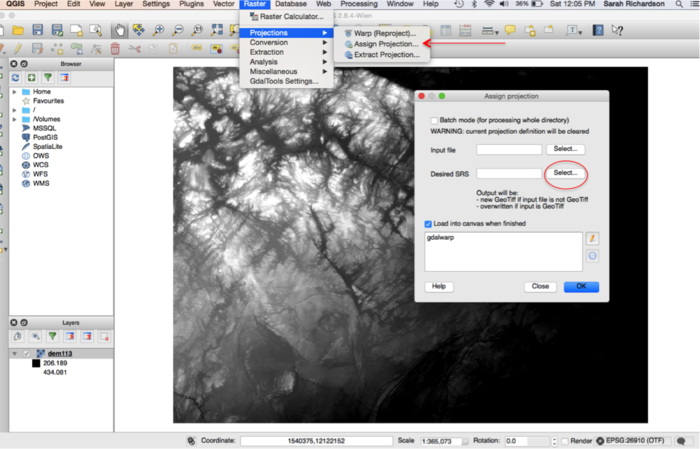 Figure 2. Assigning a projection to your DEM layer. 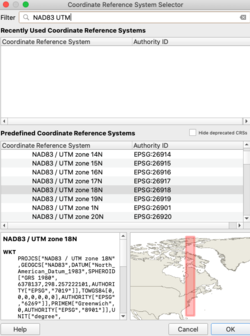 Figure 3. Choosing a desired coordinate system for your DEM layer. 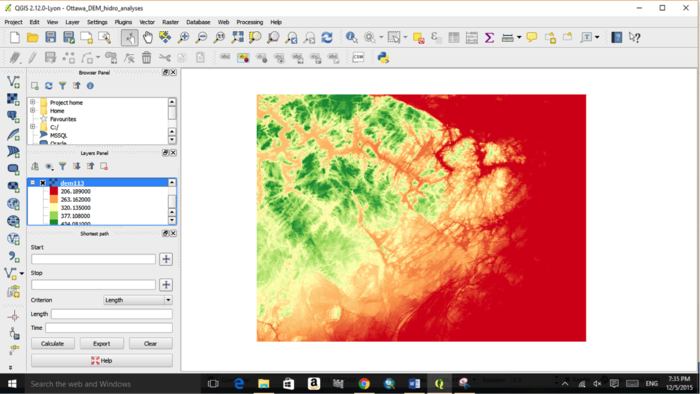 Figure 4. Reclassification of a DEM.

QGIS has an extensive set of tools available for hydrological analyses located in the hydrology toolbox. To access the toolbox, click on:

When opening Terrain Analysis - Hydrology, you will see a long list of different tools, some are very similar and it may be hard to know which to use and for what. Because the tools are part of SAGA, there is no help tab explaining how and why to use the tools. Therefore, we have created short descriptions for each tool assessed during this tutorial for additional information.

There are five methods to choose from when delineating a catchment area from a DEM.

This method uses an algorithm to determine multiple flow directions. This model allows for flow to disperse to multiple, adjacent cells downslope from the central cell. The model restricts the flow to three cells, thus limiting the total flow dispersion of the DEM. (Buchanan et al., 2014).

This model delineates water flow from one cell to two surrounding cells. The model considered a bi-dimensional flow pattern and is the recommended model for reducing the limitations of the D8 model. (StackExchange, 2011).

This model assumes that flow occurs in all directions downslope from any given point. (Wolock et al. 1995).

This method avoids unrealistic flow dispersion on planar or concave slopes. This model allows for flow to disperse into one or two downslope cells, thus allowing for multiple flow directions. (Seibert et. al., 2007).

Filling sinks in a DEM of a large data set

Here we will use the hydrology tool Fill sinks xxl (Wang & Liu). This specific tool is best to be used on a large data set, as the default minimum slope is 0.100000, whereas Fill sinks (Wang & Liu) has a default minimum of 0.010000, and is able to create other outputs, which will be shown in Flow directions and watershed basins below.

2. Fill in the specified parameters (Figure 6) 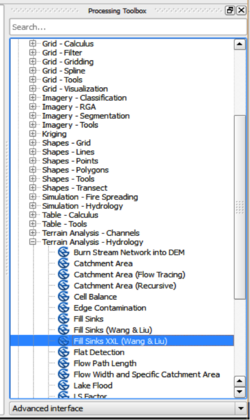 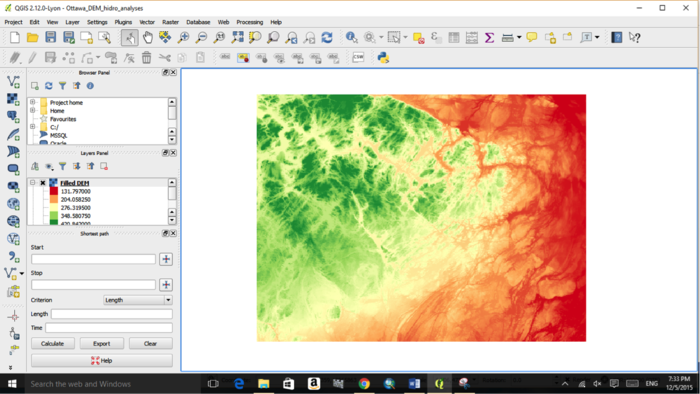 Figure 7. Filled DEM of the southeastern quadrant of Ottawa.

Flow direction is the main direction of water run-off over the geographic area of interest. Flow is determined with the algorithm differentiating where a given pixel would go depending on elevation and cell height values. Watershed basins are sub-basins (polygons) depicting where water would accumulate in different areas of the DEM.

Using the Fill Sinks (Wang & Liu) tool, flow direction and watershed basins can be created while filling the sinks within the DEM. 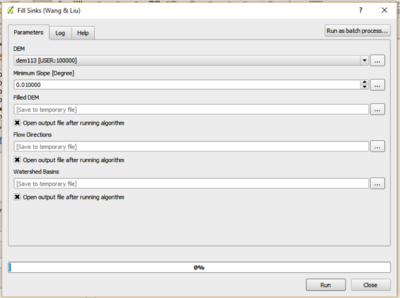 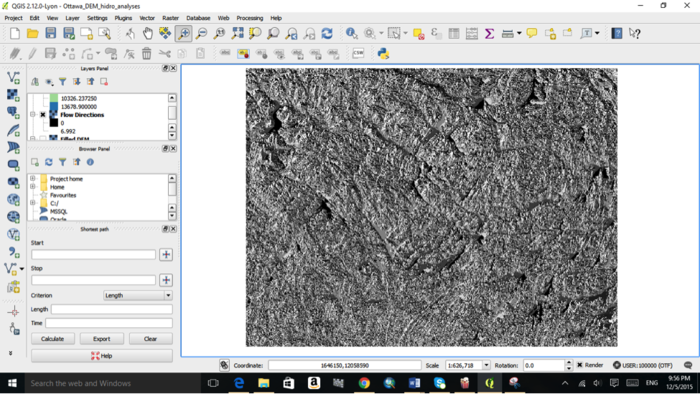 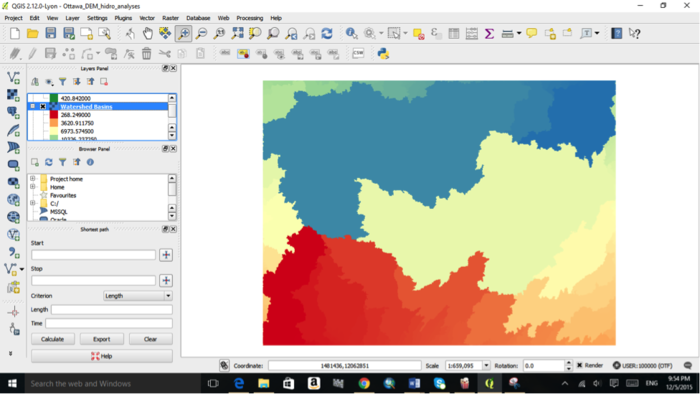 Figure 11. Resulting watershed basin for the Southeastern quadrant of Ottawa.

A catchment area is otherwise considered a drainage basin. The basin is the where water flows over topographic terrain and consists of water runoff into surrounding rivers, streams and lakes. (Wagener et al. 2007). There are five models to choose from: Deterministic 8, Rho 8, Braunschweiger Reliefmodell, Deterministic Infinity, Multiple Flow Direction and Multiple Triangular Flow Direction. A description of each model can be reviewed under 3.4 The Hydrology Toolbox.

The rendering of this layer is not very helpful, as you can see in Figure 13. In order for it to convey more information we must use the raster calculator to calculate the logarithm of the catchment area.

1. Click on Raster > Raster Calculator. This will open up the raster calculator

2. Click on log10 under operators > then double click on the catchment area under Raster Bands > close the parentheses > create a name for the output layer and make sure it will save in your working directory > click OK 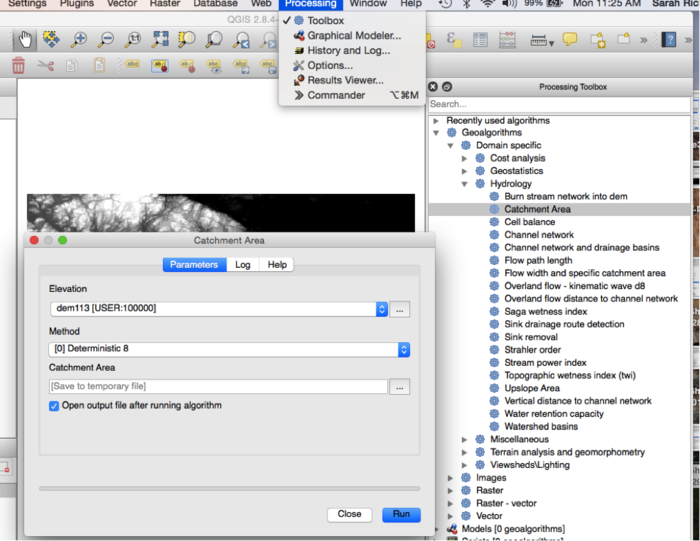 Figure 12. Catchment area tool in the Hydrology Toolbox of QGIS. 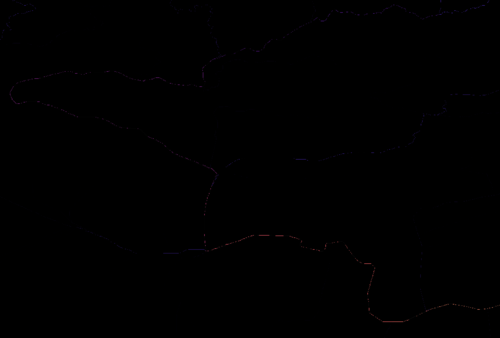 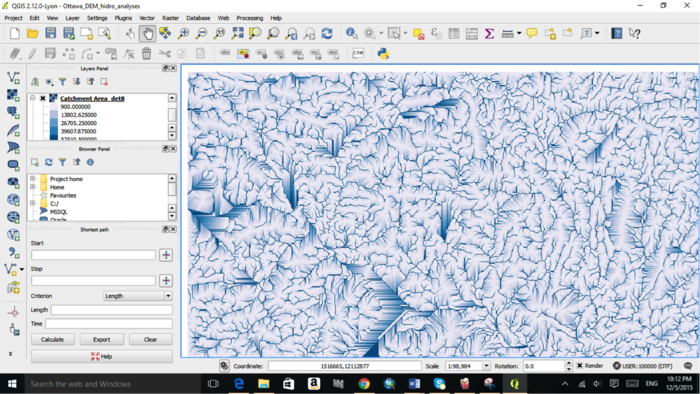 Figure 14. Catchment area of the Southeastern Quadrant of Ottawa using the Deterministic 8 method. 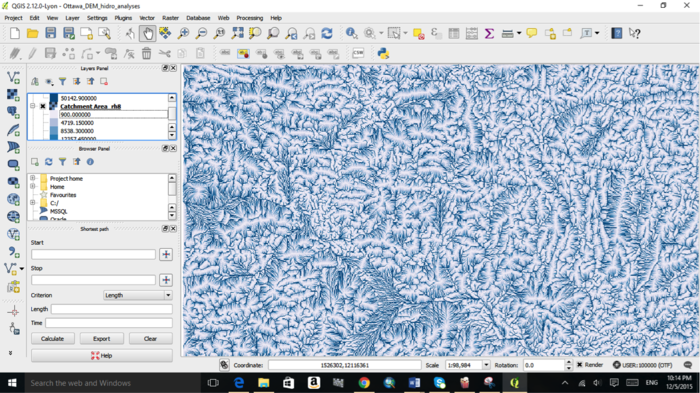 Figure 15. Catchment area of the Southeastern Quadrant of Ottawa using the Rho 8 method. 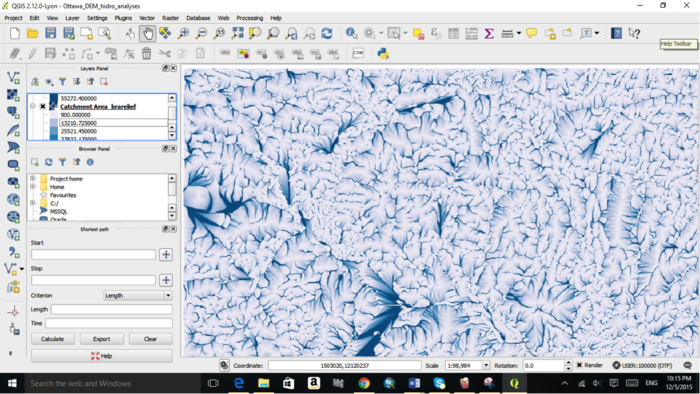 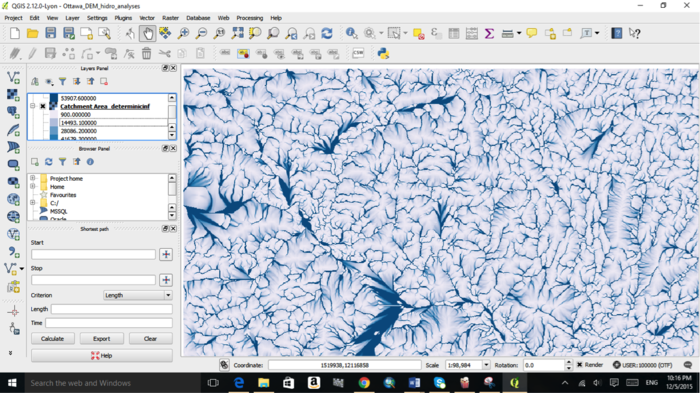 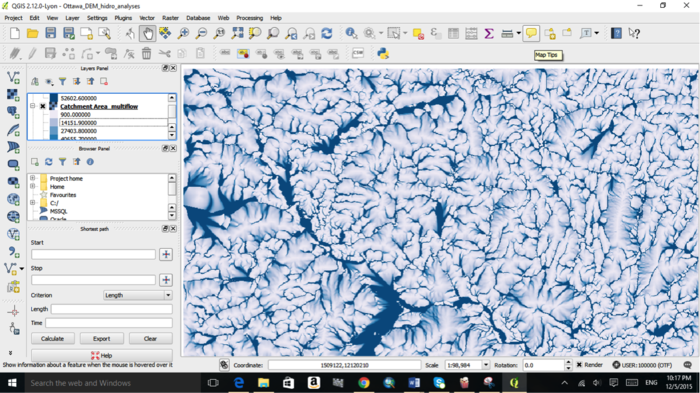 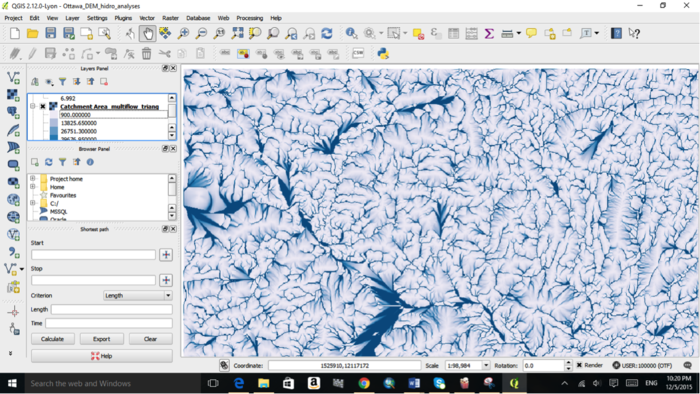 Channel network of a DEM

A channel network is otherwise considered a drainage network of water flow over terrain. The resulting map will demonstrate pixels with a TRUE value where flow drains with all pixels having no drainage results in pixels having a FALSE value. Here we will demonstrate how to extract a channel network from the DEM of Ottawa using the SAGA Toolbox in the advanced processing function in QGIS. This enables us to create multiple maps using one tool. 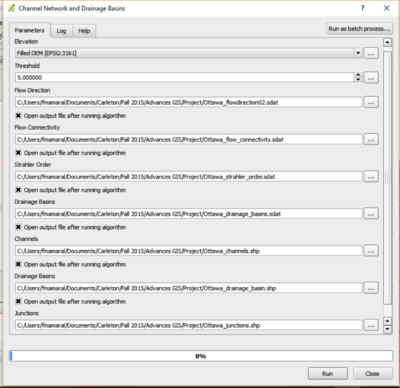 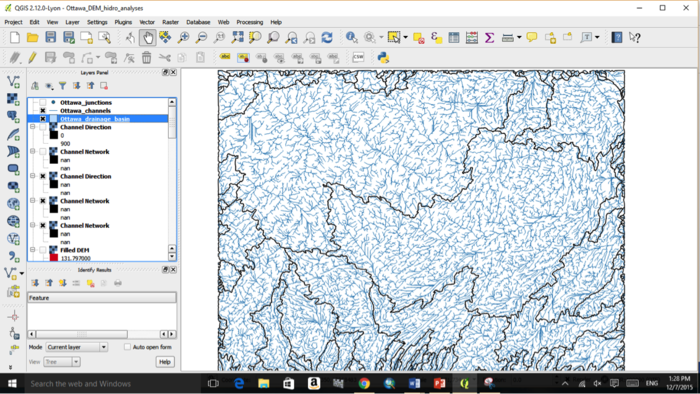 Figure 20. Drainage Basins and Channels of Southeastern Quadrant of Ottawa using the Channels and Basins SAGA tool in QGIS. 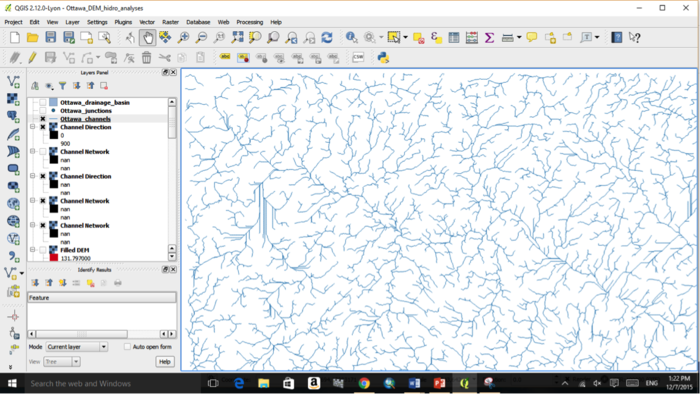 Figure 21. Channels of Southeastern Quadrant of Ottawa using the Channels and Basins SAGA tool in QGIS.

In conclusion, we have demonstrated how to use various SAGA hydrological tools offered in the free and open source software of QGIS using a DEM of the West Ottawa region and Killarney Provincial Park. Hydrological analysis tools are an important resource for determining how the geography of any area interacts with water, and thus, have important applicability to safety, engineering and ecology perspectives.

StackExchange, 2011. Geographic information systems: Given a terrain, how to determine stream flow path? Retrieved on Dec 1st 2015 from [6]